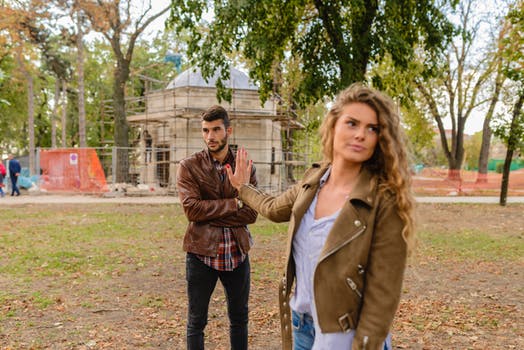 This is a question you’ve likely pondered a few times during your separation from your spouse. It’s a valid question as many couples get back together for short amounts of time while going through a divorce. You’ve been through a lot with that person, so it makes sense to give it another shot even after you’ve initiated the divorce action in Louisiana.

This article will attempt to answer questions you may have regarding reconciliation with your spouse during divorce proceedings, but you should contact an attorney as soon as possible.

The Louisiana Civil Code can shed some light on the subject. Article 104 of the Louisiana Civil Code states that “The cause of action for divorce is extinguished by the reconciliation of the parties.” This means that whatever you were holding your spouse at fault for will be erased if they can prove that you have reconciled or became a couple again during that time period. If you reconcile, or forgive your spouse and begin living together again after living separate and apart for an amount of time, the months you spent separated will no longer count towards the separation requirement for Louisiana divorces.

Here’s an example: Jane and Bob have marital issues. Jane files a divorce in the proper parish in Louisiana and begins divorce proceedings. She states in her divorce petition that Bob cheated. Bob apologized and the couple moved back in together and held themselves out as a married couple. Jane decides she cannot forgive Bob and asks him to leave again. Jane has effectively reconciled with Bob and the clock must start over. She may not be able to use Bob’s instance of cheating if he can prove they have reconciled.

However, in order for reconciliation to be valid – the couple must cohabitate or live together and must resume the marital status. If you split up after the reconciliation, your spouse can use that as a defense and prevent you from getting the divorce. You will have to start over.

There are a few caveats to keep in mind: sexual activity does not count as reconciliation. Many spouses will attempt to seduce their partners once divorce proceedings have begun as a way to invalidate the original divorce petition. You must be on the lookout for this type of activity; however, the courts have determined that casual sexual encounters without resuming living together do not count as reconciliation. The couple must resume their lives together as a married couple in order for the reconciliation to be effective.

Reconciliation as a Defense to Divorce

Reconciliation extinguishes the action for divorce in Louisiana. Your spouse can effectively delay your divorce proceedings if he or she can prove that you have reconciled as a couple.

They will have to prove two things:

The defense of reconciliation is even stronger if you held yourself out to other people that you were back together and living as a married couple. However, a sexual encounter or even staying the night without the intentions of resume the marriage are a different matter altogether. There have been numerous Louisiana divorce cases where the parties had a sexual encounter during the divorce and the Judge did not uphold the defense of reconciliation. A notable case involved a party proving they did not intend to resume their marital lives after a sexual encounter because he brought a day bag and did not intend to stay more than a night.

There’s nothing wrong with trying to work things out after you’ve filed for divorce. People do it all the time and end up not going through with the divorce even after it’s been filed. It’s an amazing thing when two people are able to reconcile their differences and become a marital couple again. Just remember that if you change your mind, it could be used as a defense to your divorce and you will have to restart the proceedings and you may not be able to use the original “at-fault” reason you did in the first instance.

If you are considering filing for divorce, it is highly recommended that you contact a Louisiana divorce attorney to help you with the process. Divorces can be expensive, lengthy and emotionally draining and you need an experienced legal advisor in your corner.

Another method spouses utilize to prolong a divorce is avoidance of service. It is an effective way to prolong divorce proceedings, but you can still obtain a divorce. This article explains what you must do when your spouse intentionally avoids service as a means to slow down the divorce proceedings in Louisiana.

How Long Do You Have to Be Separated for a Divorce in Louisiana?

Louisiana divorce law has a “Living Separate and Apart” rule that must be followed in order for your divorce to be granted. The living separate and apart rule is used when you file a 102 divorce or 103.1 divorce; both of which are considered “no fault” divorces in Louisiana.

Here are the Time Frames You Must Live Separate And Apart:

You must fulfil the separation requirement before your divorce can be finalized. If you reconcile during this time period, the clock must be restarted.

The 103-Divorce or At Fault Divorce in Louisiana includes:

The 103.1 Divorce are also considered “no-fault” divorces. The same time period that applies to the 102 divorce applies to a 103.1 divorce. This option is available to those who have already been separated.

If you are searching for an attorney to assist you with your divorce in Louisiana, here’s an article that can help.

Legal Disclaimer: This blog post is not intended to be used as legal advice. You must speak with a licensed attorney for legal advice.