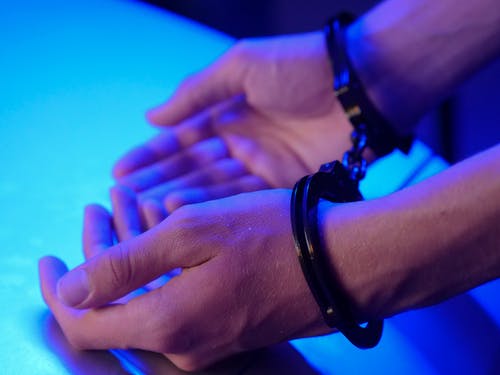 It may come as no surprise that Louisiana has a multitude of various types of theft, burglary and robbery charges. People joke because we used to have charges for theft of an alligator and theft of crawfish, but apparently it was an issue at some point.

One look at the Louisiana criminal code and you will quickly notice that each offense is different even though many people switch out the terms such as burglary and robbery.

If you’ve been charged with a theft offense, you will want to speak with a Louisiana criminal defense attorney to discuss your choices.

Theft is one of the most common criminal charges in Louisiana and is defined as “the misappropriation or taking of anything of value which belongs to another, either without the consent of the other…” or by fraudulent conduct. There are multiple tiers of theft depending on the value of the property stolen. Theft is considered “Misappropriation without violence,” in that an item was stolen without the use of violence.

Louisiana theft charges are broken down by dollar amounts such as:

You’ve probably guessed that each “tier” of criminal theft charges have different punishments. These punishments include monetary fines and/or jail time. The numerous theft charges in Louisiana cover a wide range of offenses such as:

You may be surprised to find out that you can be held liable if you possess stolen things such as stolen firearms. You may have defenses available in such situations, so you will want to speak with a Louisiana criminal defense attorney as soon as you know charges are being brought against you.

The Louisiana criminal code divides theft punishments based on the value of the property that was taken. You may be looking at a fine and/or imprisonment. This means the court has authority to either give you a fine with no jail time, jail time with no fine or both. An experienced Louisiana criminal defense attorney may be able to work out a plea agreement with the prosecutor assigned to your case when it comes to punishment.

Here is a breakdown of the various theft charges with punishment terms:

Notice all theft charges state, “Up to” which means you could serve zero time in jail depending on the circumstances of the theft or the plea agreement negotiated by your Louisiana criminal defense attorney. Each theft charge is a Felony grade offense except a theft that is less than $1,000.

Theft charges may be added together to carry a hefty penalty. The prosecutor can use previous thefts to enhance your charges and make you serve more time in jail. You also may be made to pay restitution to your victim.

Robbery and Burglary in Louisiana

Many people confuse burglary and robbery in Louisiana, but the two crimes have different facts and vastly different punishments.

Simple Burglary is the “unauthorized entering of any dwelling, vehicle, watercraft or other structure, movable or immovable, or any cemetery, with the intent to commit a felony or any theft therein.” Basically, simply burglary is the taking of property after you’ve entered the dwelling or vehicle of another.

There are many degrees of robbery, but simple robbery is “the taking of anything of value belonging to another from the person of another or that is in the immediate control of another, by use of force or intimidation, but not armed with a dangerous weapon.”

While both simple robbery and simple burglary both involve taking someone else’s property, robbery is considered a violent crime since it involves the use of force to take property from another person. Also, both robbery and burglary can become aggravated if a weapon is used or there are other facts to the case that can support higher judicial penalties.

As you can see, there are many different types of robbery and burglary offenses that each have various fact patterns and punishments. It’s highly suggested that you speak with a lawyer to determine which charges you may be facing.

Will I Get a Public Defender at Trial?

Will the Prosecutor Offer a Plea Bargain?

There is a good chance your Louisiana criminal defense attorney will speak with the prosecutor and attempt to work out a deal. A plea bargain is an agreement where you plead guilty to a lower charge. The prosecutor has an entire docket full of cases and they may allow you to plead guilty to avoid a lengthy trial. It depends on the facts of your case and the victims involved because the prosecutor usually asks the victims for permission before offering a lower sentence. Also, the judge has to accept the plea bargain.

Can My Case Be Thrown Out?

It’s important that you contact a criminal defense attorney that practices in Louisiana if you’ve been charged with a crime. Don’t think you won’t get time for theft, robbery or burglary as these are serious charges depending on the circumstances. You can face fines and serious jail time, especially if the prosecutor stacks multiple offenses and charges them all together.

You are entitled to a public defender, but you may not have access to them until you court date. They won’t have much time to speak with you because they will have multiple clients for the same court date and will be pushed for time. You may want to contact an experienced Louisiana criminal defense attorney as soon as you know charges are being brought against you.

Disclaimer: Nothing in this blog post is considered legal advice. You must speak with an attorney regarding your case. We are not your lawyer and legal advice cannot be inferred from this website.