Home » How Child Custody is Determined in Louisiana 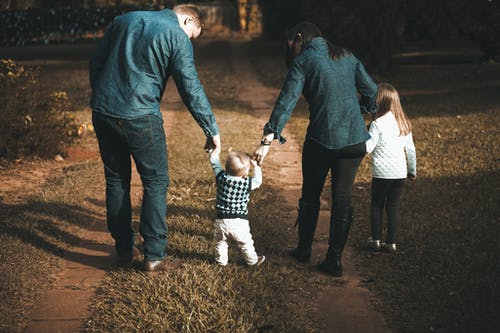 Child custody in Louisiana is either agreed upon by the parents or taken to court where the judge will decide. Parents can work together to decide who will be the domiciliary parent in Louisiana or you can fight it out in court if an agreement is not possible. You can even file for child custody without an attorney if you wish, but it is always advised to at least speak with an attorney to hear your options. If you decide to agree outside of court, your agreement must be in the best interest of the child or the court may not agree and can award custody to the parents jointly.

In short, you have two options: Parents agree or Judge determines child custody.

This means that parents can agree to a child custody, but their agreement must be what’s best for the child or the court can intervene and award joint custody to the parents or in the extreme case – sole custody.

If you can’t agree on child custody, then you can take your matter to court and let the judge hear your case.

How Does the Judge Determine Child Custody in Louisiana?

The court will hear both sides of the story and both parents will be permitted to call witnesses and present evidence at trial. It can be a long and hard process, but the judge will take all of the testimony and evidence and make a decision as to child custody using everything that was submitted at trial. Custody of the child will be awarded in accordance with the best interest of the child. Louisiana courts prefer to award joint custody to the parents while naming one parent as the domiciliary parent and the other with visitation. However, there are some cases that require sole custody due to the facts and issues of the situation.

The Judge assigned to your child custody case will hear your case and make a decision on custody using the best interest of the child factors.

Can the Child Custody Hearing Be Closed to the Public?

Yes, the court has the ability to close the child custody hearing to the public and only allow essential personnel into the courtroom during your case.

Who Gets to Be the Domiciliary Parent?

The Non-Domiciliary parent will be awarded reasonable visitation unless the court determines that visitation would not be in the best interest of the child.

At What Age Can a Child Make Custody Decisions in Louisiana?

You may be thinking that your child can just one day decide they want to live with you and the judge will change visitation. This isn’t entirely true. The judge will consider the preference of the child in one of the many factors he or she considers upon hearing the facts of the case. However, there are other factors that go into the decision. The judge will listen to the child’s preference if they are around 12 to 14 years old at least. It’s unlikely that the judge will put the child on the witness stand in front of everyone, but may agree to speak with the child in the judge’s chambers.

Who Gets Custody During a Separation?

If you’re married and going through a divorce, both parents should get visitation with the child. If you’re not getting to see your children and have just separated, you will need to file a petition for custody with the court. The judge will hear your case and order visitation. If your ex-spouse is not allowing visitation prior to the child custody proceedings, contact a Louisiana divorce attorney to speed up the process.

Not all parents are married when they decide to separate. The law states that if the parents are not married when the child is born, the mother is presumed to have custody. There’s an obvious reason for this. If you are married, any child born of the marriage is presumed to be the husband’s unless someone comes forward to challenge paternity. When the couple is not married, the biological father will have to take steps to establish that he is the father and petition the court for visitation rights.

Can a Grandparent Be Granted Visitation?

Joint custody is normally in the best interest of the child because children need both parents in their lives. It’s only in certain situations that one parent must be excluded from exercising visitation with their child. The court’s first objective is to award custody to both parents jointly unless there is evidence showing that custody to one parent would be best for the child.

Joint custody doesn’t necessarily mean that both parents have the child for equal time. Many people refer to it as 50/50 custody, but that doesn’t mean that each parent has the child 50% of the time. One parent may have a substantial amount of time with the child and it can still be joint custody. This just means that it is not sole custody.

Can a Custodial Parent Deny Visitation?

Parents are not allowed to interfere with visitation or custody. Louisiana Civil Code Article 136.1 tells us that, “A child has a right to time with both parents. Accordingly, when a court-ordered schedule of visitation, custody, or time to be spent with a child has been entered, a parent shall exercise his rights to the child in accordance with the schedule unless good cause is shown. Neither parent shall interfere with the visitation, custody or time rights of the other unless good cause is shown.”

What Makes a Parent Unfit in Louisiana?

If there are claims of unfit parenting in a child custody case, there may be some issues. If you have reason to believe that your ex’s participation in your child’s life would be detrimental to them, you will have to prove it to the judge and show evidence in court. The judge presiding over your case will listen to oral argument by your attorney and make a decision on whether or not to restrict visitation from the other parent.

The best interests of the children are the deciding factor when determining visitation or custody and a parent may be cut off from seeing the children for a time if it is proven they are unfit parents. Proving a parent to be unfit in Louisiana is a tough task. You will want to consult with a Louisiana divorce attorney before proceeding to make sure you have enough evidence and can present the facts correctly.