Home » How Do I Get My Marriage Annulled in Louisiana 2022? 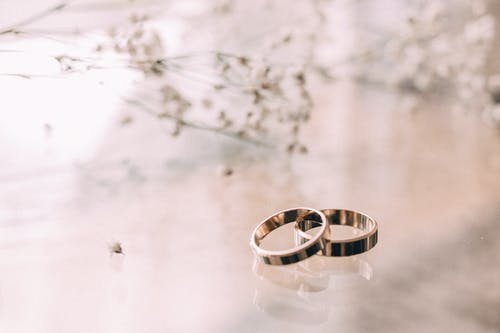 Louisiana has a no-fault divorce if annulment isn’t an option. Divorce is easier in some situations, but you could also be on the hook for ancillary matters that go with divorce such as community property and spousal support. An annulment could have the legal effect of never even taking place. This means both parties will return to the way things were before the marriage.

Divorce Versus Annulment of Marriage in Louisiana

Louisiana divorces can be rough. You have to divide community property, possibly pay spousal support and will either need to be living separate and apart for the required timeframe or allege a specific reason for the divorce and have the judge grant an immediate divorce. An annulment acts as if you were never married in the first place. Many people don’t want to say they were ever divorced and attempt to have their marriage annulled. This is perfectly fine if you meet the specific criteria the state has set forth.

What Are the Ground for Annulment of Marriage in Louisiana?

First, Let’s Discuss the Code Articles That Deal With Nullity of Marriage.

Louisiana Civil Code Article 94 states that an absolutely null marriage is, “A marriage is absolutely null when contracted without a marriage ceremony, by procuration, or in violation of an impediment. A judicial declaration of nullity is not required, but an action to recognize the nullity may be brought by any interested person.”

This means you must have a marriage ceremony, it cannot be done by procuration or in violation of an impediment. If your situation fits this category, you do not have to have the court declare your marriage is null, but you can pursue an action.

A relatively null marriage may be declared null by the person whose consent was not freely given.

Here are some situations where you may have your marriage annulled in Louisiana:

This list may not cover all instances of nullity of marriage, so it is best to speak with an attorney to be sure.

What Happens to Property When A Marriage is Annulled?

Remember, there are two types of null marriages; absolutely null and relatively null. An absolutely null marriage can actually produce civil effect to the party who married in good faith. This lasts as long as they remained in good faith. If the nullity is caused from one party already being married, civil effects will continue for the other party until the marriage is deemed null or the other party contracts a valid marriage. This area of law is complex and you will want to speak with an experienced Louisiana divorce attorney to protect your rights.

What is Good Faith?

Good faith can be defined as “Honesty or sincerity of intention.” When the laws mention good faith, they are referring to a party who has the intention to do the right thing. This isn’t the same as ignorance of the law, but a gauge the courts use to determine if a person meant to be honest or have good intentions.

What Are the Requirements of Marriage in Louisiana?

Marriage is created by civil contract in Louisiana. While you may get married in a church, you are basically entering into a civil contract with your spouse. That may not be the most romantic way to view marriage, but it is absolutely a part of it. There are specifications that your marriage must meet in order for it to be considered valid. Louisiana Civil Code Article 86 defines marriage as, “A legal relationship between a man and a woman that is created by civil contract. The relationship and the contract are subject to special rules prescribed by law.” This is how the code article is written, however, the state may view same sex marriage as legal depending on when you read this article.

The requirements to a valid marriage in Louisiana are as follows:

If you’re missing one aspect of marriage, your marriage could be nullified and it would be as if you were never married.

What Are The Legal Impediments to Marriage in Louisiana?

There are quite a few. First, a married person may not contract another marriage. This seems self-explanatory, but people seem to forget to finalize their divorces before moving on to the next marriage. A bigamous marriage is considered an absolute nullity according to Louisiana law. Further, Louisiana Civil Code Article 90 states more impediments of relationship such as, you cannot marry ascendants, descendants, collaterals within the fourth degree, whether of the whole or of the half blood. There is also an impediment if you are related by adoption, however, persons related by adoption, though not by blood, in the collateral line within the fourth degree may marry each other if they obtain judicial authorization in writing to do so.

If you are related by adoption, be sure to check with an attorney to get judicial authorization in writing well in advance of the wedding.

Another impediment to marriage that not many people talk about is Louisiana Civil Code Article 92, “A marriage may not be contracted by procuration.” Procuration is when one party is absent, but represented by another person at the wedding. A marriage by procuration is absolutely null.

You should speak with an experienced Louisiana divorce lawyer if you are considering having your marriage annulled in Louisiana. It can be a complex procedure and you may not want to attempt it on your own.

If you’re searching for the perfect attorney, here’s an article that can help.