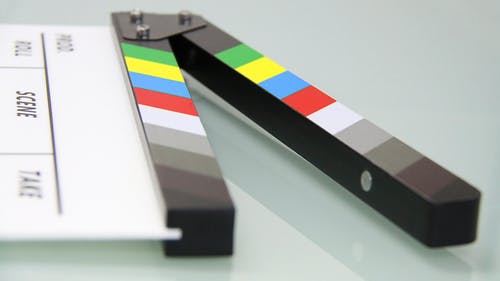 Louisiana has been a powerhouse in film making in recent years. We were number one in the U.S. for many years and some of the biggest films of all time were filmed right here. Films such as Jurassic World, Terminator Genisys, Fantastic 4 Reboot were filmed in New Orleans, Baton Rouge and surrounding areas. Tax credits made filming in the State attractive to film crews all over the country.

Production companies hire movie extras to assist with their films and many actors are able to make a full time living working on film productions.

What are Movie Extras?

Movie extras are an important part of making a film. They provide realism to any production and make scenes look authentic. Extras look like everyday people and do basic actions to improve scenes. They may or may not interact with the main actors depending on the scene.

What do Movie Extras Do?

You never really know what type of scenes you will be filming on any given day until you arrive on set. Your job is to make the scenes look real and to do what the director tells you to do. You may end up spending hours sitting in the holding tent, but that’s part of the job. You must stay ready until the director calls for you.

Once on set, be sure to listen to instructions. Things happen quickly on a movie set and you need to be prepared and know what you’re supposed to do. Most film sets have an extras director that will speak with you and give you an action to do once filming begins.

You will want to act as naturally as possible for your scene. Don’t try to get in front of the camera and risk ruining the shot. It’s not the extras job to be recognized, but to lend realism to a scene.

What Not to Do on a Film Set

The most important thing to do is exactly what you’re told. It’s the director’s set and he or she has a vision for how the scene should be shot. Never get in the way and always follow directions. There are a few things you should never do unless specifically told to:

Do You Need Formal Acting Training to Become a Movie Extra?

No, you do not need acting classes to become a movie extra, but it doesn’t hurt. Movie extras are hired to act “normal” in a scene and rarely interact with the main actors. You may have scenes where you react to something, dance or do a basic action.

Do Movie Extras Get Lines?

We’ve all heard about movie extras that get speaking lines. It’s rare, but does happen. The director may choose an extra to say a few words to add authenticity to a scene, but don’t count on it happening. Be prepared just in case, but don’t go in expecting to get lines.

Movie extras that receive lines get a “bump,” which means you get paid more and may be credited in the movie. You can maximize your chance of getting lines by showing up on time, always being prepared and doing exactly what the director tells you to do. You may be chosen to say a line or two if you fit what they’re looking for.

You should get professional headshots if you want to be a movie extra. They don’t have to be expensive, but you want the casting director to see what you look like. Don’t submit pictures that are altered or use a filter because casting doesn’t want a surprise when you show up to set and look completely different from your photos.

You should take a headshot and a full-length shot so casting will know your body type. Make sure your photos are recent and what you look like now.

Get your basic measurements ready for casting. You will want to know your height, weight, shoe size and pants and shirt sizes. Casting will need to know your measurements to ensure you fit the costumes available. You may be chosen simply because you fit a particular costume.

You will hear many terms on set that you may have never heard before. Pay attention to what the senior extras do when certain things are called out by the AD or Assistant Director. Here’s a few you should know:

What to do When You First Arrive on Set

Arrive early and check in as soon as you get on set. You will have to fill out paperwork and sign NDAs or Non-Disclosure Agreements along with a packet. They may or may not have breakfast ready when you arrive, so be sure to eat something that morning.

You will want to complete this process as quickly as possible because they often come in vans to pick up background that’s ready to go to set. You could miss out on a great opportunity because you were a few minutes late.

Once you have completed paperwork and signed in, you will probably go to hair and makeup to get “camera” ready. This is an easy process but you may have to wait in line. If you’re a man, they may shave your beard depending on the scene. Females may need to have their makeup already applied, but check the day before.

How Much Do Movie Extras Make?

Background actor pay depends on the production, but you can expect between $75 and $125 on most Louisiana productions. Keep in mind, that’s for an entire day that could last 12 hours or more.

Can You Make a Living As a Movie Extra?

Many do, but you will probably need to have another job and use this as a supplement to your income. Many core extras that have a working relationship with local casting companies work many times a week during the busy season.

Does Working as a Movie Extra Lead to an Acting Career?

How Do I Sign Up to Be a Movie Extra in Louisiana?

MyCastingFile.com is the best platform to sign up for background actor jobs in Louisiana. It’s easy to use and you can find jobs quickly. You will need to set up a profile that includes a headshot, body shot and measurements. Casting companies post available jobs that you can apply to if you match descriptions. Companies will also reach out to you for an availability check to see if you’re open to work on a particular day.

You will also want to find Facebook pages dedicated to Louisiana extras. You can meet people and get advice from experienced background actors. The best way to learn is to get yourself on a film set and gain experience.