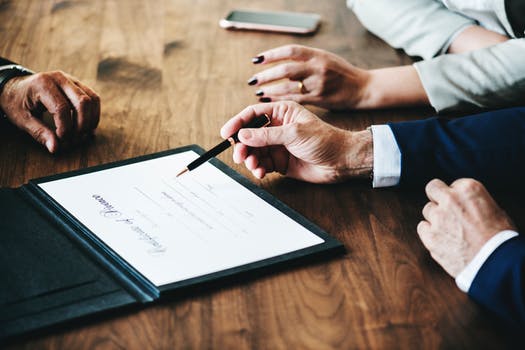 If you’re going through a split with your partner and you have children together, you may have questions regarding child custody in Louisiana. You probably already know that if you can’t agree on child custody or visitation, then you will have to take your matter to court and let the judge decide your case. The judge will look at the situation in its entirety and base his or her decision on the facts of the case. One parent will be granted domiciliary parent status and the other parent will have visitation.

The amount of time each parent gets to spend with their child or children depends on the ruling of the court. Normally, there is one parent named domiciliary parent and the other will be assigned a visitation schedule that is in the best interest of the child.

Do You Have To Go To Court On a Child Custody Matter in Louisiana?

If you and your spouse get along well enough to sit down and discuss the matter, you absolutely can work out your own child custody agreement. You will have to take everything into consideration and work out a visitation schedule that works for everyone. The two of you will have to determine who is to be named the domiciliary parent and who will get visitation and on what days. You can then put your agreement in writing and present it to the judge for signature if you would like to have an enforceable agreement.

What Does Domiciliary Parent Status Mean in Louisiana?

Do You Need a Domiciliary Parent if There is Joint Custody or 50/50?

It is not required to have a domiciliary parent chosen in Louisiana child custody issues. However, this is something you may want to consult with an attorney because you may have disagreements later as to the child or children and there won’t be any one parent that can make the final decision. At that point you may want to have a domiciliary parent named and may need to take your matter to court if you and the other parent cannot agree.

It should be noted that the domiciliary parent makes the decisions unless the child custody plan provides otherwise. You have the option to build a plan that has certain aspects that both parents must agree on. The domiciliary parent can make most of the decisions, but the plan could specify that mutual agreement is required for decisions such as education, medical decisions, extracurricular activities such as sports and music and so on. This is why it is important to get an attorney involved that has Louisiana child custody experience even if you plan on agreeing on custody matters.

Can You Get Child Custody Agreement Signed by Judge Without Going to Court?

Your child custody agreement must be in the best interest of the child in order for the judge to sign off on your agreement.

Do You Need an Attorney to Make a Child Custody Agreement Outside of Court?

It is highly recommended that you both consult with an experienced Louisiana child custody attorney when drafting your agreement and visitation schedule. You can hire attorneys to assist in the negotiations without having to go to court to fight your case. Your attorney will draft your agreement, make sure it is in proper form, file the required petitions and ensure the judge signs your agreement as presented. Also, an attorney can help if there are any issues along the way. While you can handle your own child custody agreement, it could end up being an extremely difficult situation even if both parties agree. You don’t want to accidentally leave something important out of the child custody agreement and have to go to court to do an amendment.

Child custody can be agreed to by both parents without having to go to court, but it is not without difficulties and you should speak with an attorney to learn more.

If you’re searching for an attorney, but not sure how to choose one – here is an article that gives a few tips on choosing the best attorney in Louisiana.

Disclaimer: This blog post is not intended to be used as legal advice. You must speak with an attorney as this website does not give legal advice on any matter.